By Small World on February 12, 2007 in Ecuador Kayaking Trips

Ok, here is my attempt to catch us up to date with trips. January 14th-20th was a week off for Small World. Don, Larry, Jason and I (Darcy) did a little boating. We checked out a new (to us) run just outside of our valley that turned out to be quite a pleasant surprise! We also did a few of our old favorites. Here is a nice series of Don running the confluence rapid on the Papallacta. 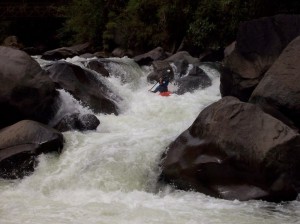 Don and I also went to Lago Agrio to check out the fabled frontier oil town and Larry worked some of his logistical magic to make sure things Small World continue to run smoothly. 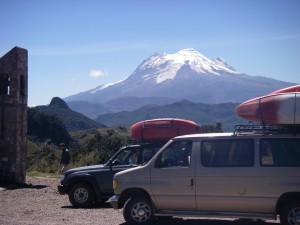 During the Jan. 20th week, we had Massachusetts, Virginia, Kentucky, Colorado and New Zealand represented down here in Ecuador.

The Tropical Tune-up trip paddled most the week in Tena with Larry, and also got a chance to see the spectacular San Rafael waterfall on the Quijos River. They paddled runs on the Anzu, Misahualli, Jatunyacu and Tena rivers in the Napo Valley and paddled on the Quijos and Salado Rivers in the Quijos Valley. 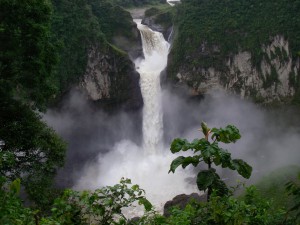 –Big water run down the Jatunyacu 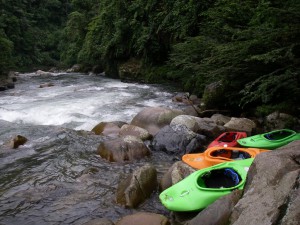 The class IV crew paddled most of the week with Don and Jason. A little bit of high water directed them to some big water play runs, but they did get in a few days of creeking. 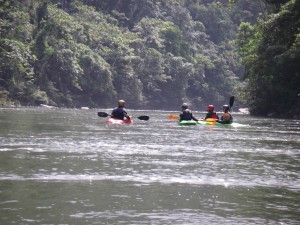 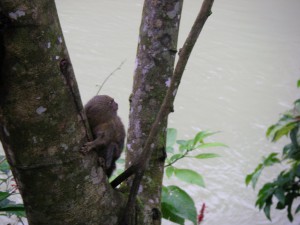 It was a good crew from The first Rivers and Beaches Trip began their trip at Small World’s riverside lodge for 4 Arizona, Oregon, Canada, and the UK. They paddled 3 days of different big water runs and spent 1 day creeking on the Cosanga. 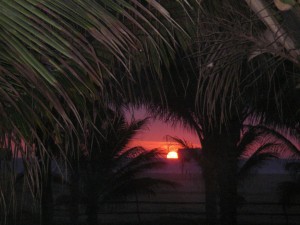 Thursday, they left for Quito to catch their flight to the beach. 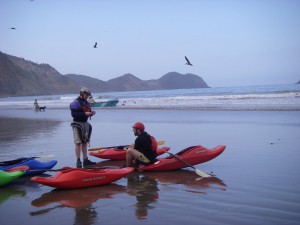 A coca cola truck was stuck in the middle of the road on Papallacta pass, which nearly interfered with the perfect trip, but with a little logistical creativity, trip leader Don Beveridge figured out a way around it. 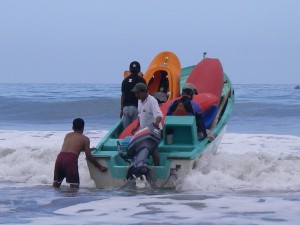 The crew caught taxis from our lodge to the traffic stoppage, and had a van meet them on the far side. They did have to walk just under 1km with their beach luggage, but they made it to airport with 30 minutes to spare! Out at the beach, they enjoyed a few days of point break and beach break and few sunset drinks afterwards. 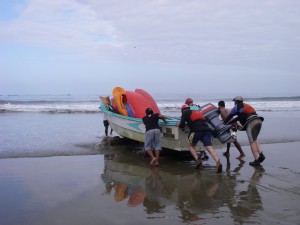 –Rum drinks on the beach after an all day surf session. 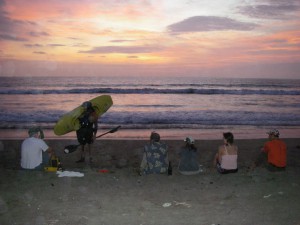 The 2nd Rivers and Beaches trip started their vacation off at the beach. After arriving in Quito, they hopped on a plane early the next morning to the beach and surfed in the ocean for 3 days.

Again, a nice combination of point break and beach break offered plenty of waves for everyone. 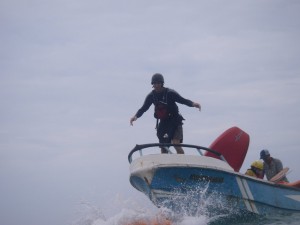 After 3 days at the beach, they were ready to hit the rivers, and get back to the comfort of Small World’s lodge—Cabanas Tres Rios. (Not to mention Lili’s outstanding food). 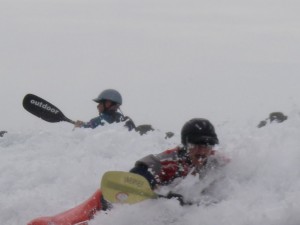 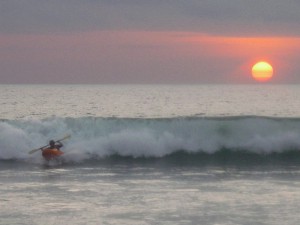 They continued the theme of surfing on the first day with a play run down the Bom Bon section of the Quijos. Three great play waves made for a nice afternoon/evening session. 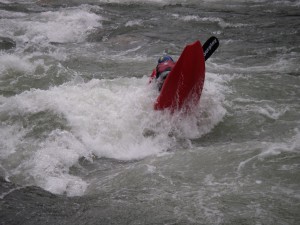 After that, we split the group of 8 into two groups of 4 and headed out to the Upper Jondachi.

The “Salt Lake City” crew paddled the Jondachi the first day while the “Outdoorplay” Crew paddled the Lower Cosanga. The second day the Outdoorplay group ripped up the Jondachi while SLC crew did El Chaco Canyon on the Quijos. The last day we did a Cosanga/Quijos split once again, and everyone left for Quito that afternoon feeling sufficiently paddled!

–Jondachi—with over 80 pool drop rapids in only 10km, this run will leave any paddler happy and satisfied.

–The beers and Red Bull we bought at the town of Kilometer 28 on our way home from the Jondachi.

SMALL WORLD ADVENTURES, FIRST TRIPS OF 2007
DO YOU PLAY BEER FOR LIFE?